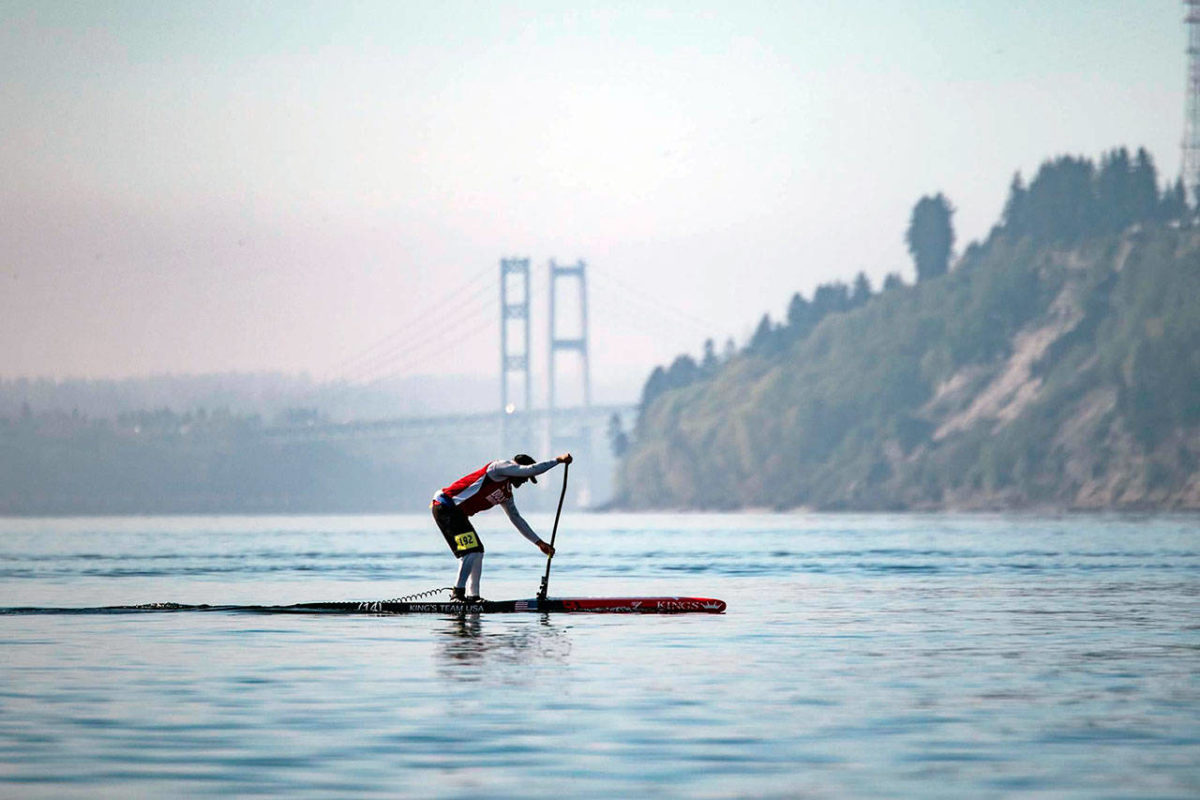 PORT TOWNSEND — The Northwest Maritime Center, which sponsors the
Race to Alaska, will debut a new race this year that will challenge racers to
paddle the 70 miles between Tacoma and Port Townsend in 48 hours.

The Seventy48 will start June 11 in Tacoma, and racers will have 48 hours to
get to Port Townsend under human power alone, with no motors or sails
allowed.

“I call it a front-country race,” said Daniel Evans, co-founder of the Race to
Alaska (R2AK) and the annual race boss.

The race is like the R2AK in that there are very few rules other than
participants must start in Tacoma and get to Port Townsend in 48 hours
using only human power. Racers can map their own course, just like in the
R2AK, except that all racers must cross through the Port Townsend Canal on
the southeast side of Port Townsend Bay between Marrowstone and Indian
islands and Port Hadlock.

“That’ll be the main strategic spots because there will be time that boats
won’t be able to get through there at all due to currents,” Evans said. “Other
than that, it’s any boat that you want, as much crew as you want, get
through some specific waypoints and that’s it. It has elements of the Race to
Alaska but [is] more accessible.”

According to Evans, accessibility was a big inspiration for the Seventy48 race.

“We’re keeping the entry fee intentionally low to keep the race accessible,”
Evans said. “The access is kind of the most important part for us. That’s also
why it’s just 48 hours”

“And the more people that do it, the better the payout,” said Anika Colvin,
communications manager for the Northwest Maritime Center. “This is the
kind of race you can get all your friends together to do and train for.”

Each team’s $100 contribution will make up the payout for the first-place
finisher of the Seventy48 race, and it will be winner takes all, according to
Evans.

The inaugural Seventy48 will kick off with a “pre-funk” party at the Museum
of Glass in Tacoma, which will feature human-power athletes Karl Kruger,
the first paddleboarder to complete the 750-mile R2AK, and Natalia Cohen,
one of the Coxless Crew rowers, an all-female team that rowed across the
Pacific in 2016.

The race will start June 11 in Tacoma and finish in Port Townsend on June
13, just in time for the R2AK pre-race Ruckus. R2AK will begin at 5 a.m. June
14.

“Parties are good for everyone, and we’re bookending this race with fun,”
Evans said.

Evans said racers have expressed interest in doing the Seventy48 race and
taking off from Port Townsend the next day to Victoria for the R2AK proving
ground race.

“Obviously not everyone has to go that far,” Evans said.

“We’re celebrating the best in us all,” Evans said, “courage, tenacity and the
belief we are stronger than we ever thought.”

The above article was written by Cydney McFarland of the Peninsula Daily News: 360-385-2335,ext. 55052, cmcfarland@peninsuladailynews.com
Click HERE for a link to the above article.