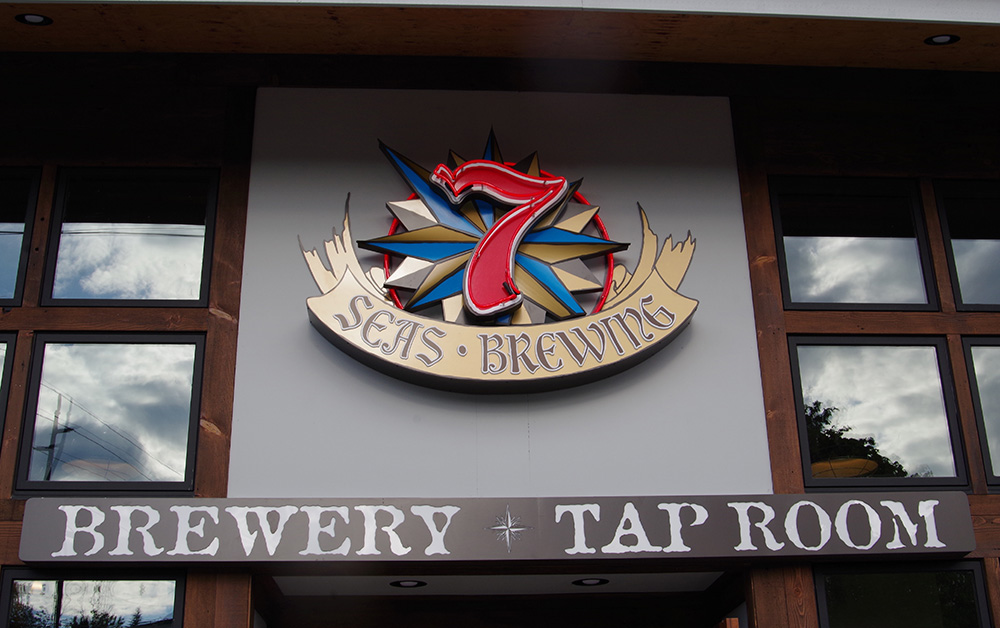 Gig Harbor’s 7 Seas Brewing is expanding across the Narrows bridge. The six-year-old brewery is opening an expansive taproom and production facility in downtown Tacoma at a site that once held the Heidelberg Brewery.

“This will allow us a tenfold increase in capacity. This is a big building, so we purchased the site and we’re building it to house a long-term vision of what we want 7 Seas to be,” said co-owner Mike Runion by phone.

The 80,000-square-foot building, at 2101 S. Jefferson St. next to the University of Washington Tacoma, will hold a taproom, a market, a production facility and a barrel-aging cellar, with plans for future barrel-aging space, said Runion, who co-owns the brewery with Travis Guterson. The duo opened their Gig Harbor brewery in 2009. That brewery will continue to operate.

The purchase of the Tacoma building was finalized Friday and an opening is expected in spring 2016.

The brewery’s current projected production for 2015 is 8,000 barrels, but with the Tacoma expansion, that production can increase to 80,000 to 100,000 barrels a year, said Runion, who added that the company’s expansion is the culmination of “several years of playing catch-up” with the region’s growing thirst for smaller regional breweries.

“Now we can focus on forecasting and planning” he said.

That planning includes a push into sour and barrel-aged beers, a style of brewing gaining momentum nationwide.

The site has a 10,000-square-foot basement, which Runion said was likely to have once been a cooler for Heidelberg, and is still a perfect cellar for sour beers in particular.

“To deal with wild yeast strains and sour strains, it’s very beneficial to keep them compartmentalized and separate from (the other beer) production,” said Runion. “The basement is an absolutely ideal location to do that.”

While that area will return to what Runion believes was its initial use, so will the production area near the taproom. He said historic photos show workers and conveyor belts around where the taproom will be located.

“You’ll be standing there having a pint in the taproom and (see the photos with) the same spots, with workers and conveyor belts,” he said. “I’m super-passionate about the beer history of that site.”

The building that will house 7 Seas was part of the old Heidelberg Brewery complex, but parts of that brewery were demolished over the years. The building was later home to the Jet Equipment company and in recent years held artwork from Chihuly Studio.

“They stored hundreds of millions of dollars worth of artwork inside,” Runion explained. “The building doesn’t look amazing from the exterior, probably purposely. When you go inside, it’s been really well maintained.”

The exterior, he said, will see a facelift of paint and greenery, as well as the addition of sidewalks. The building also runs along the Prairie Line Trail, which Runion said will have access to the taproom.

Because of the many permits already underway, the project will finish quickly, Runion said of the opening timeline.

“(City officials) worked with us on off-site improvements and really tried to lay out the plans for how businesses can come to and continue to work downtown,” he said.

The taproom will be 10,000 feet, with a capacity of about 500. The market will include additional vendors whose offerings complement the 7 Seas lineup of brews.

“It’s going to have a little Melrose market influence and offer more than just beer,” said Runion. “There will be fun options, but still be a family-friendly place. It’s a unique model.”

Although the market might include food vendors, the brewery won’t have a full-scale restaurant, as Runion said he and Guterson want to “stick true to our company’s focus, and that’s making beer.”

The brewery will bookend a growing dining, lodging and nightlife district spreading across downtown that includes a half-dozen breweries, restaurants and the anticipated McMenamins projects at the old Elks lodge and Old City Hall.

The above article was written by Sue Kidd of the Tacoma News Tribune.
http://www.thenewstribune.com/entertainment/restaurants/tnt-diner/article51135155.html