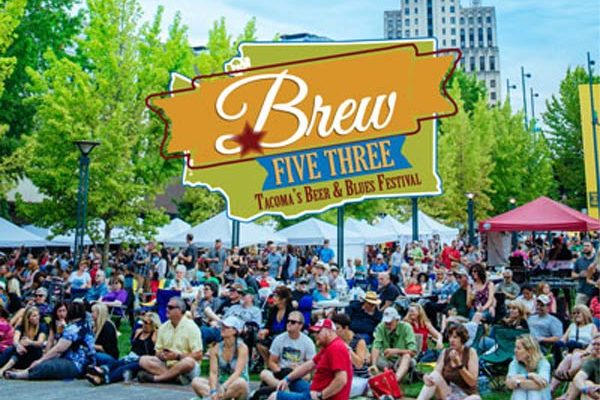 *Ineligible to use tasting tokens or drink alcohol, and does not receive a pint glass
Prices do not include Box Office fees

This is a 21+ event and valid Washington State approved photo ID is required for entry, no exceptions. Failure to present valid ID will result in denial of entry without refund.

Rod Cook is a well-respected, in demand Seattle area guitarist known for his stylistic versatility and soulful, melodic playing. Rod has worked as a professional musician for over thirty five years.

Stacy Jones is continually nominated for “Best of the Blues” awards in songwriting, performance, harmonica, guitar and winning vocalist of the year. She has performed at the Chicago Blues Festival, SXSW, juke joints in Mississippi, river boats in California, headlined festivals, and shared stages with Elvin Bishop, Charlie Musselwhite, Lee Oskar, and many other legends.

How to get to Brew Five Three:

Walking: Brew Five Three is accessible from Fawcett, a bike boulevard, and Broadway, a gradual hill to and from Stadium District.

Bike:Free bike valet will be available from 1-8 p.m.

UBER: If your destination is out of reach from a bike or bus ride you can use the code DOTG15 for a free UBER ride up to $20.

Broadway Center for the Performing Arts